Create beautiful marketing websites in hours instead of weeks. 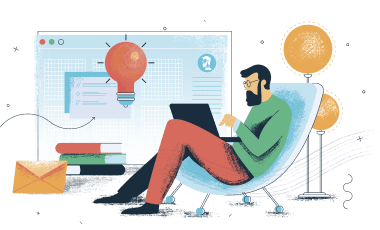 We’ll help you get started by getting you guides and all the basic informaiton.

No thanks, I hate free stuff.

A simple primary alert—check it out!

It's always good to pen down the beliefs that drives our product. Here are the few things that we strongly believe in.

That's when the first of the modern dashboards entered the mainstream and became a part of our work life. We started using dashboards to create reports and visualise our data.

They played an important role back then and helped us conduct business with ease. With time they became more detailed, more interactive, and more aesthetic to look at. Dashboards had become a habit.

But change is inevitable! Think about everything that’s changed in these 20 years. Now think about dashboards. Sure they're more interactive and colourful, but the fundamental way they work remains the same.

With the ever-evolving business environment, it became necessary for us to monitor our business metrics in real-time. So, we started using dashboards to do the job they were never meant to do.

We started using Dashboards for monitoring business metrics in real-time.

That led to some appalling problems in the way we monitor them.

Being from the generation that is known for carrying “change” on its shoulders, it was difficult for us to accept things the way they were. So, we tried to bring new ideas to the table and redesigned them around an original, new philosophy. The philosophy of “Business Reliability” .

Below you’ll find a list of the things we believe in. Cliff is built on these foundational ideals. Here’s what matters to us:

Isn't it irritating when doing task X requires you to do tasks A, B, C...and many more? You shouldn't have to write code or create data pipelines if you want to monitor your metrics. With cliff, you can instantly create no-code data pipelines to start monitoring right away with just a few clicks .

Your time is important. Dashboards simply don't understand this. They demand your attention. With cliff, you don't have to waste any time constantly looking at dashboards to see if everything is going as expected or not. Cliff alerts you when there's something you need to know.

Part of your daily workflow

Changing habits is hard, often unnecessary. Whether you use email, text, Slack, or SMS, we’ll alert you on your preferred channel. You don't need to change anything in your workflow for cliff to help you.

Tired of guessing upper and lower thresholds while creating alerts on your dashboards? With Cliff by your side, you can eliminate the guesswork. Cliff understands the 'Normal' behaviour of your metrics and tells you if something is abnormally high or low so that you can take necessary action immediately.

Say no to 'Alert Fatigue'

When we get too many false notifications, we start ignoring them. Now, even if something serious does happen, we're just going to miss it. It's just like the boy who cried wolf! Cliff prioritises alerts to ensure you only get notified when it really matters.

It grows when you grow

With your business growing, data will grow too. But don't worry, Cliff will be there to help you at all the stages of growth. Whether you have one metric or a thousand, Cliff will work the same.

Pay for what you use

We believe Cliff is a fundamental tool that every company should have. With a free forever plan and usage based billing, you pay for what you use. No 'feature based' pricing, which creates artificial barriers to usage.